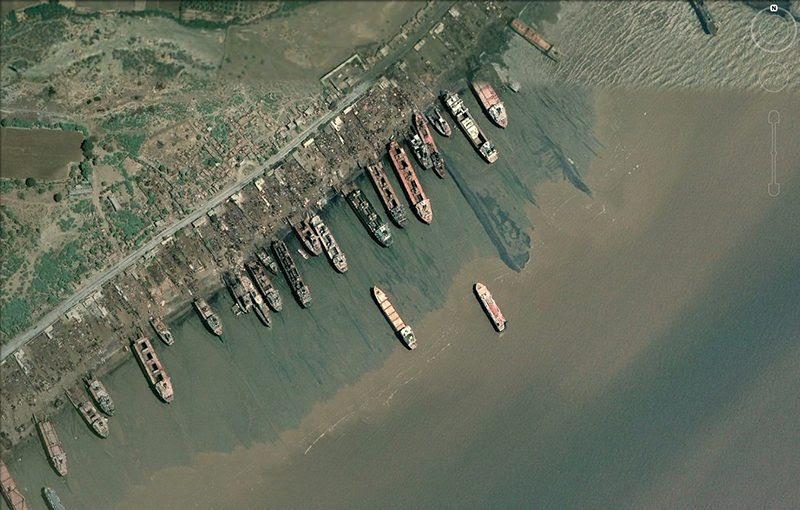 The world’s largest cash buyer of ships for recycling says that this week’s news that two ship recycling yards in Alang, India have received Hong Kong Convention status for the safe recycling ships shows that there are some responsible yards along Alang’s infamous stretch of beach.

The cash buyer, GMS, welcomed the news that the two yards, Kalthia and Priya Blue Industries, have been issued Statements of Compliance (SoC) by Japanese classification society ClassNK for the Hong Kong International Convention for the Safe and Environmentally Sound Recycling of Ships, 2009, verifying that the yards comply with all technical standards of the pending convention.

Both facilities are located Gujarat, India, home to the infamous Alang ship breaking beaches known for their harmful beaching practices and and dangerously sub-standard conditions for its workers. The two yards are not only the first ship recycling facilities in Alang to be granted SoCs, but the first two in all of South Asia, including India, Bangladesh and Pakistan.

GMS has long been a supporter of responsible recycling yards in Alang.

Earlier this year, GMS organized a 14-strong Japanese industry and government delegation visit to India so that officials could see for themselves the improvements being made by some of ship recycling yards in Gujarat. A separate visit, also organised by GMS, hosted a delegation from the Danish Shipping Association (DSA) to witness those improved yards.

GMS hopes that that the visits help make the important distinction between yards that use beaching and comply with the Hong Kong Convention on Ship Recycling and those that do not.

Dr Anil Sharma founder and CEO of GMS said: “I am so pleased that both these yards have finally won Hong Kong Convention status. This really does prove beyond doubt that not all beaching is bad. GMS has argued that declaring blanket bans on beaching without viewing individual upgraded sites is short-sighted and these Statements of Compliance really do vindicate our position.

“This news will have a positive effect by encouraging other yards in Alang and the rest of the Asian sub-continent to follow suit and upgrade their facilities to achieve similar recognition.”

The The Hong Kong Convention was adopted in May 2009 and is aimed at ensuring that ships that have reached the end of their operational lives do not pose any unnecessary risk to human health and safety or to the environment. The convention will enter into force 24 months after the ratification by 15 states, representing 40% of world merchant shipping by gross tonnage and a maximum annual ship recycling volume not less than 3% of the combined tonnage of the ratifying States.

In recent years, India has lost some of its market share in the ship scrapping industry to places like China and even Turkey, where more advanced facilities are attracting shipowners with government help and under new pressure. Cheap Chinese steel is also seen causing problems for Alang, where the number of ship breakers has declined by 50% in the past year alone, according to the Ship Recycling Industries Association of India.

Still, India and Bangladesh led in the number of ships scrapped in the first half of 2015 with 69 and 66, respectively, of the 262 scrapped worldwide, according to the NGO Shipbreaking Platform. China scrapped a close 65 ships during the same time.


http://gcaptain.com/alang-ship-recyclers-compliance-shows-not-all-breakers-are-bad/#.VhjI4PmqpBc
Posted by Tridib at 2:26 PM